On January 13, 1944, Jadzia was arrested by the Gestapo on suspicion of resistance activities and sent to the same women’s prison where her sisters had initially been held. She survived with the support of fellow cell-mates and the help of a sympathetic female guard. On March 16, 1944, Jadzia and seventy other women were placed on a train, headed to Germany, to the Ravensbrück women’s concentration camp. 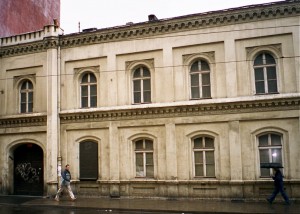 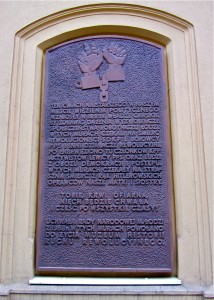 (101-102) Plaque on the side of the Museum: “This structure, the oldest political prison in our city, was erected in 1885 . . . Within these walls sat our mothers and sisters, awaiting a terrible death in the hands of Hitler’s torturers” (in Polish, Łódź, 2005). 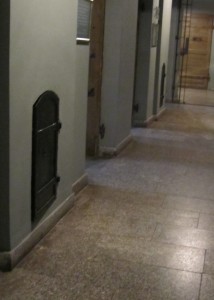 (110-111) Furnace inside prison cell (left) and small furnace door (right) opening onto the prison corridor, where one of the guards would secretly leave food for Jadzia (Łódź, 2011).

The two images of the prison furnace were taken by Barbara Rylko-Bauer in the main exhibit section of the Museum of Independence Traditions in Łódź.