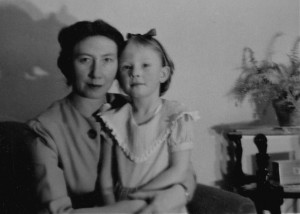 Barbara Rylko-Bauer is a medical anthropologist whose writing focuses on health care inequalities, applied anthropology, political violence, the Holocaust, and intimate ethnography. She holds a Ph.D. in Anthropology and is Adjunct Associate Professor of Anthropology at Michigan State University. She was Book Review Editor for Medical Anthropology Quarterly and has authored numerous chapters and articles. Her most recent books are Global Health in Times of Violence (2009) and A Polish Doctor in the Nazi Camps (2014). 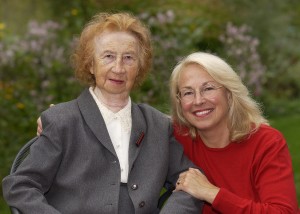 Barbara was born in 1950 in Frankfurt-am-Main, Germany, to Polish parents who had been imprisoned during World War II in German concentration (mother) and prisoner-of-war (father) camps. The family immigrated to the United States near the end of 1950, where Barbara grew up in a Polish-American enclave of Detroit. She attended the University of Michigan as an undergraduate and then was awarded a Ph.D. by the University of Kentucky in 1985. Barbara lives in Grand Rapids, Michigan with her husband, Daniel Bauer; they have one son, John.

Publications related to themes in the book:

Medicine in the Political Economy of Brutality: Reflections from the Holocaust and Beyond (2009)
Chapter in Global Health in Times of Violence (Barbara Rylko-Bauer, Linda Whiteford, and Paul Farmer, eds. SAR Press)

Out of the Shadows of History and Memory: Personal Family Narratives as Intimate Ethnography (2007)
Chapter authored with Alisse Waterston in The Shadow Side of Fieldwork (Athena McLean and Annette Leibing, eds. Blackwell)

Lessons About Humanity and Survival from My Mother and from the Holocaust (2005)
Article in Anthropological Quarterly 78(1):11-41

Reclaiming Applied Anthropology: Its Past, Present, and Future (2006)
Article authored with Merrill Singer and John van Willigen in American Anthropologist 108(1):178-190

Guest Speaker:
If you are interested in having Barbara speak about the book, the story, and its broader historical context at your event, please contact her at the email address listed above.