A Polish Doctor in the Nazi Camps
A Photo Album 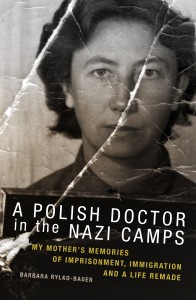 The photographs in this album supplement the book illustrations and highlight various aspects of Jadzia’s story and its historical context. Corresponding book pages are listed in front of each photo’s caption.

This album is divided into three sections, reflecting the three parts of the book:

The album starts with the image that was used to create the book jacket cover. My mother first showed me this 1×2 inch photo in 2000, when we were discussing the postwar years. It is so wrinkled, she must have carried it throughout her postwar travels in Germany. The photo was probably taken for an identity card at one of the early refugee camps where Jadzia stayed. 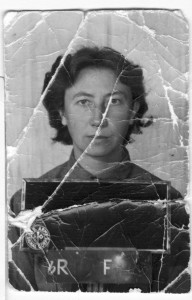 The photos featured on this website are from the Rylko-Bauer family archive, © 2014 Barbara Rylko-Bauer, unless noted otherwise in “credits” at the bottom of the respective page. Please do not copy or use without permission of owner.